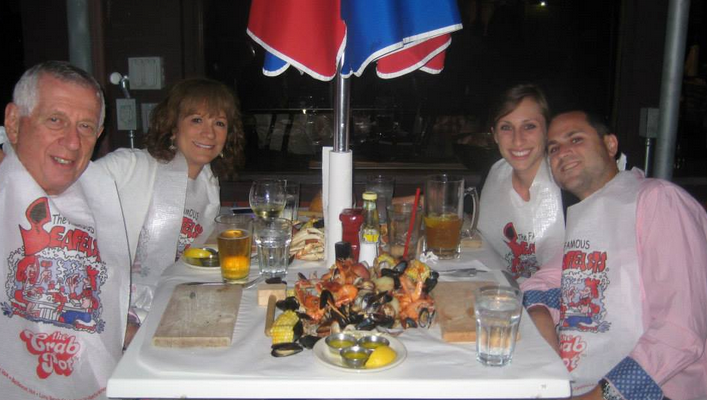 I can hardly believe it, but the first part of our trip is already behind us. Portland and Seattle was the perfect way to start off our RTW adventure and we had a great time in both places.

We had a 6am flight from Chicago on Tuesday morning. We we’re up at 3:30, said our goodbyes, and headed to the airport only to be greeted by some not-so-friendly United agent who told us we would have to pay $50 to check our bags. Well, clearly, we weren’t having any of that. After a little bit of eye-rolling and a lot of arguing, we got our bags checked (for free!) and were ready to head off.

We slept pretty much the entire flight to San Fran and had a layover just long enough to grab lunch (at 9am) and check our Facebook post from earlier that morning, which had received around 60 likes and 25 comments. It felt pretty good to see how supportive everyone was of our trip. People that we haven’t even spoken to in years were wishing us luck and telling us how amazing they thought our trip was.

We had a short flight to Portland and then a short train ride to the city. We walked the 8 blocks to Max’s apartment (which was no easy feat with all of our bags), dropped our stuff and headed out to explore.

On our walk downtown, we started noticing that almost every person we saw was either homeless, a hippie, on drugs, or a combination of the three. We were a little confused as to what was going on, but then realized that everyone else was probably at work at 4pm on a Tuesday. Ok, that made a little more sense, but we still found Portland to have a huge homeless population (probably due to the very mild weather??).

As we were walking, we saw a huge line outside of Voodoo Doughnuts, and coincidentally, at that very moment we realized we were starving (we did eat lunch at 9am). We typically don’t love doughnuts, but considering the line, the smell, and the amazing combos they had, we couldn’t pass it up. But first, a beer was in order. Luckily, there was a place next door with $1.50 pints (we were already loving the fact that we could start taking advantage of happy hour specials every single day). We sat outside so we could do some more people watching, and then we went back for our doughnut. A glazed doughnut with chocolate icing, rice krispies, and peanut butter drizzle, to be exact. It was amazing.

After dinner, we headed over to the Pearl district, which seemed to be much more trendy and had much fewer homeless people than where we had been before. We walked in and out of shops, checked out some restaurants, and even found the famous Powell’s Bookstore (the largest independent bookstore in the world). After a couple of hours, we started to make our way home to meet up with Max.

We thought that we were going back to get ready, maybe get a few drinks and then go to dinner, but as soon as we walked in the door, Max said “hey, do you guys want to go climb a waterfall?” Well, the Staves would never turn down a good waterfall climb! We were totally not expecting this and just the suggestion made my day. One of the things that I’ve been most looking forward to about our trip is the fact that we’ll be able to be spontaneous wherever we are and hear about something cool and just go do it. Well, day one and we were already making that happen.

We hopped in Max’s car for the 30 minute drive to Multnomah Falls. We stopped a couple of times along the way to take in the scenery, and it really was beautiful. In our first hour in Portland, we talked about the fact that we couldn’t ever see ourselves living there. Just a few hours later though, we were already singing a different tune.

We hiked a mile up the falls, took a few pics, and within an hour, we were back down. The waterfall was beautiful and it was a great way to end out first day in Portland (and the day wasn’t even over yet).

By the time we started to drive back to the city (or big town, as Max would call it), we were all getting pretty hungry. We decided to go to a Pho (which I guess I’ve been pronouncing wrong my whole life when I’ve called it pho instead of phuhh – whoops!) restaurant that Max said was the best pho he’s ever had (even better than Momofuku Noodle Bar, he said). Well, I don’t know if it was THAT good, but Luc Lac Vietnamese Kitchen certainly didn’t disappoint. A big bowl oh pho (or three) was just what the doctor ordered after our first very long and very great day of our RTW trip.

On day 2 in Portland, we woke up early and went for a run to Washington Park (not really sure why it’s called Washington Park and not Oregon Park, but…). We spent the whole morning there exploring the rose garden, the Hoyt Arboretum, and almost the Japanese Garden until we found out it was $10 pp to get in (no thanks!). The park was awesome, I don’t think either of us have ever seen trees that tall. After a few hours, we were ready for lunch at one of Portland’s many food carts.

Max had told us about one of his favorites, Brunch Box, AND about the Scoutmob deal to go with it. We were definitely in for that, but there was just one problem. We no longer had a phone with the Scoutmob app. Dave had the brilliant idea of going to a Starbucks and downloading the app and the coupon on his iPod touch. We spent about 20 minutes doing that, only to arrive at the food cart and realize that there was no wifi, and without wifi, no coupon. I think spent another 15 minutes trying to download the app on our blackberry, but to no avail… I felt like such a failure! In the end though, it was only $7, so I guess not the end of the world. But still, ugh!

After lunch, we went to pick Max up and the three of us went to Burnside Brewery to take advantage of our second happy hour in two days (this whole not working thing is pretty great!). They had an awesome Wednesday deal, 24oz drafts for $3 (yes, $3), so we each had a couple and then we’re ready for dinner at Pok Pok, which Dave and I have been looking forward to for months.

We first tried Pok Pok’s wings in NY and immediately fell in love. These were probably the best wings we’ve ever had, and overall Pok Pok was one of our favorite restaurants in NY. It originated in Portland, so when we added that to our itinerary, we knew we had to go. Our meal was just as good as we had remembered and was a great end to an awesome couple of days in Portland.

The next day, we relaxed for a few hours in the morning before our bus to Seattle (we got 2 tickets on Bolt Bus for $18 – not a bad deal!). We picked up some sandwiches from 2 more of Portland’s amazing food trucks, and then were on our way for the 3.5 hour ride to Seattle.

Dave’s friend Chris picked us up from the bus station and spent the afternoon showing us around. Of course, we started with Pike’s Place Market. I’d been before many years ago, but didn’t remember just how amazing this place is. Stand after stand of the freshest seafood, fruits, veggies, flowers, and pretty much anything else you can imagine. For Dave and me, a market like this is pretty much heaven. We tried samples of “oh my god peaches” (they really were that good), checked out the original Starbucks, and scouted out some places for lunch the following day with Dave’s parents. After a while, we were ready for Happy Hour number three.

We walked to the Cap Hill neighborhood (equivalent to Wicker Park in Chicago), saw a bicycle polo game (who knew such a thing exits), a park where all the grass is AstroTurf, a cool statue of Jimmi Hendrix, and of course, everywhere we went, we seemed to always have a great view of the Space Needle.

We ended up at another brewery for a couple more beers, and then went to dinner at Quinn’s for burgers and fish & chips. After that, we went our for a drink near Chris’ place and then finally headed back to his place to crash on his very comfortable air mattress. I’ve had some of the deepest sleeps of my life since starting on this trip!

On Friday, we woke up and went for a run throughout the city. Our first stop was the Space Needle, followed by the Olympic Sculpture Garden (very overrated), and then we ran along the Pugent Sound back toward Pike’s Market. We picked up an awesome greek yogurt for breakfast, and then went back to get ready for Bob and Linda’s arrival.

We met them at our hotel for the night (Red Lion on 5th and Pike), and headed straight back to Pike’s Market for lunch. Emmett Smith’s Oyster House was the spot and we got some fresh and delicious seafood (or fried seafood, in our case).

After lunch, we did some more exploring, went back to the Space Needle, and walked along the waterfront to check out places for dinner that night. After a couple hours of relaxing back at the hotel, we headed back out to the Crab Pot for dinner, where we had the most fun and delicious “last dinner” and also one of my favorite types of meals… a seafood boil. We had mallets, bibs, brown paper on our table… the whole shebang. It was delicious and so much fun!

The next morning, we headed out early on the 30-minute ferry ride to Bainbridge Island. We spent the morning walking around the 5-block town and the waterfront before grabbing brunch at a cute diner (and also the first one we had seen on our way into town). Once we were done checking out the cute island, we headed back to Seattle to relax at our hotel for our last few hours in the states.

Seattle and Portland were awesome, but we were ready for our month in South America to begin!

One thought on “Portland and Seattle” 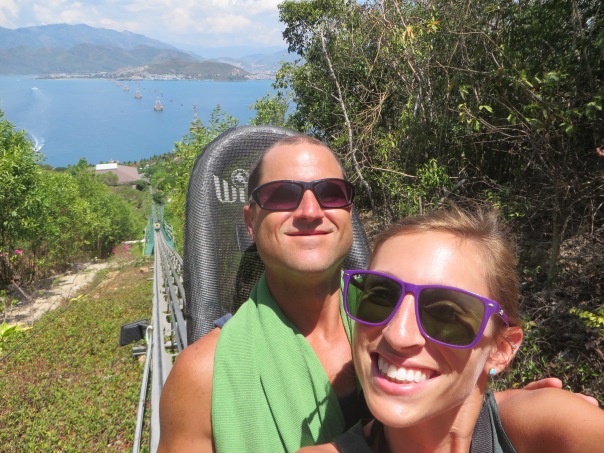